On January 17th, the day after my 32nd birthday, I learned that I was pregnant again!  It wasn't a total surprise but at the same time, I really didn't expect that I was pregnant so when I saw the two lines (on two different tests) I was shocked and so, so, SO thrilled!  For years I have dreamed about having four children.  I couldn't believe that it was actually going to happen.  Especially considering that it took 2.5 years for us to conceive our 2nd child.  There were a few years there where I thought our oldest was going to be an only child.  Now here I was, expecting baby #4!

I had so many hopes and prayers for this child.  I could not wait to meet them.  My only nerves had to do with how close in age my youngest two would be, but I knew even that could prove to have many advantages to it.

As I announced the news to family and friends I chose to simply send them this image.  I just love it. 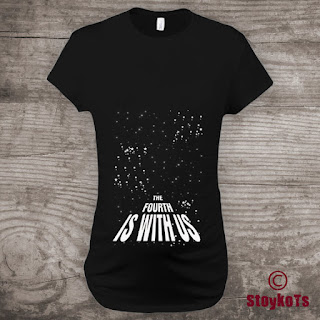 For this baby I decided to not wait to announce it.   I think I am now past the point of keeping these kinds of secrets now.  Even in the future, I don't think I'll hide anything.  After my Mom died 11 years ago I found that hiding things and keeping life events and changes to myself for too long doesn't do me any good, it only brings more stress.  I'd much rather walk through the joys & trials of this life with my friends and family by my side. 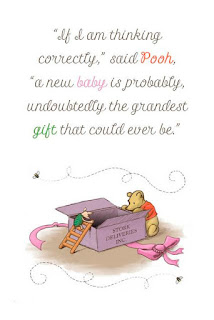 This image with a sweet quote from Winnie the Pooh is what I used to make the announcement on Facebook.

"If I am thinking correctly," said Pooh, "a new baby is probably, undoubtedly, the grandest gift that ever could be."

That never happened, though.   My morning sickness and food aversions started to go away exactly one month after I had found out I was pregnant.  On February 17th, that was my first sign that something was different from all my other pregnancies.

On February 18th, I began the process of losing my precious baby.  On the 20th it was confirmed after two very long days of wondering and worrying, that my baby was no longer alive.  On the night of the 21st I had to take a very disappointing trip to the ER.  I can honestly say that I never had any idea how much physical stress and pain that would be involved in losing a baby.  It's all still happening so I don't want to dredge up more fear and sadness in communicating my thoughts on this, so all I'll say is that it is nothing short of traumatizing.

On the 22nd, a woman whom I had never met before, came by my house with an incredible gift.  She gave me a much needed hug and went on her way.   She runs a foundation called Awakening Grace.  They provide these special care packages for any woman who has lost a baby. 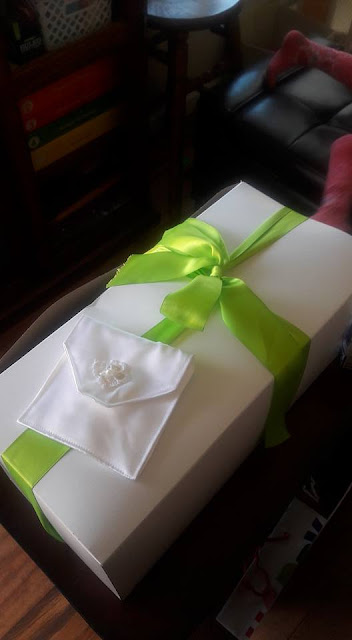 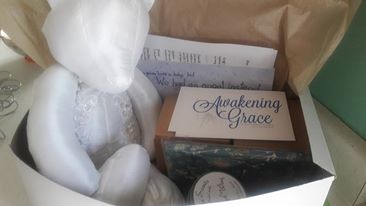 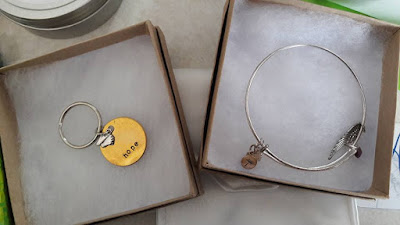 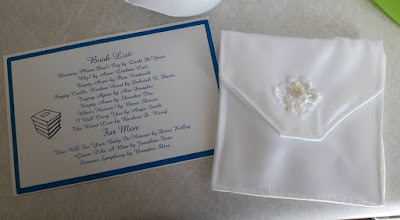 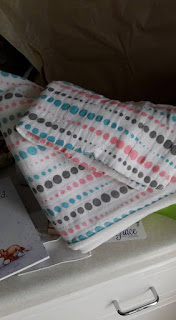 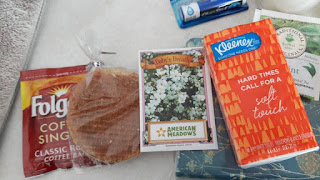 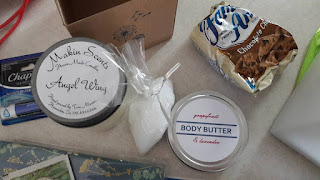 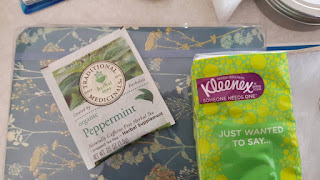 I was in tears as I opened up this box.   It is filled with so much love! I can't express how thankful I am for Awakening Grace.

A few days ago I had the realization that though this child was not with us anymore, this child was a real member of our family, and they didn't have a name.  This baby needed a name. I didn't want to refer to them as "it" forever.  The challenge was finding names that were not overtly female or male names, as we will never know what the baby's gender was.

Julian means "Youthful", is a common name for both girls and boys, and is the name of a place that is special to us (Julian, CA).

Lael means "Belongs to God".  The first thing this child ever saw or knew was God.  I know that He will care for Julian in far greater ways than I ever could.  I fully believe God has a plan for this little one.

Ivy was chosen as a result of prayer.  I strongly believe God answered my prayer because out of nowhere the word Ivy kept coming to my mind.  I looked it up and saw that it represents faithfulness.  I thought, "Well that is perfect."  A while later I remembered a line from Kari Jobe's song, "The Garden" that talked about ivy.  I looked up the song and stumbled upon this...

I couldn't believe what I was hearing.  It was such a strong and blatant answer to my prayer.  I love when God does this.  Looking back on what books I've been reading, the books in the Bible that I've been reading, the songs that have stood out to me and ministered to me over the past few weeks, now I can clearly see exactly how He had been preparing me for this trial.  God going before me and preparing me for this time is one of the most astonishing things I have ever seen.

"The baby died. But your mommy died too, and so now the baby is with your Mommy in Heaven. She is not alone anymore!" - Avery, age 4.

It fills me with so much joy to think that God has given my Mom a grandchild to love and care for.  I don't know much about Heaven.  I've always thought of it as something too complex to ever comprehend.  It's a place that exists outside of time and space as we know it.  Nevertheless, I KNOW that both my mother and my child are in the presence of God.  I pray that they are together.

Hillary Scott (of Lady Antebellum) wrote this song following her own miscarriage in 2015.  I fell in love with this song just a few weeks before losing our little Julian.  Tonight I finally got up the courage to listen to it again.  It truly expresses where my heart has been this entire week.   There has been so much confusion and sadness, it's so hard to count it all joy when all I feel is aching pain.  It's especially hard to walk through a trial when you just can't seem to make any sense of it. I have so many questions, fears, and concerns.  I feel defeated.  So many of my "plans" seem to have just been squashed.

I just need to stop and remember He is God and I am not.   Thy will be done.


I know He hears me when I am crying out in grief.  I also know that He is going to be the one who comforts me during this process.

I take refuge in Christ.  He is the only one who can bring me peace and restore my joy.  The hope that I have in Him is incredible.  I don't know how I would function without that hope.

Maybe one day God will provide us with another child and we most certainly will rejoice.  But that child will not be Julian.

So for now, we grieve.