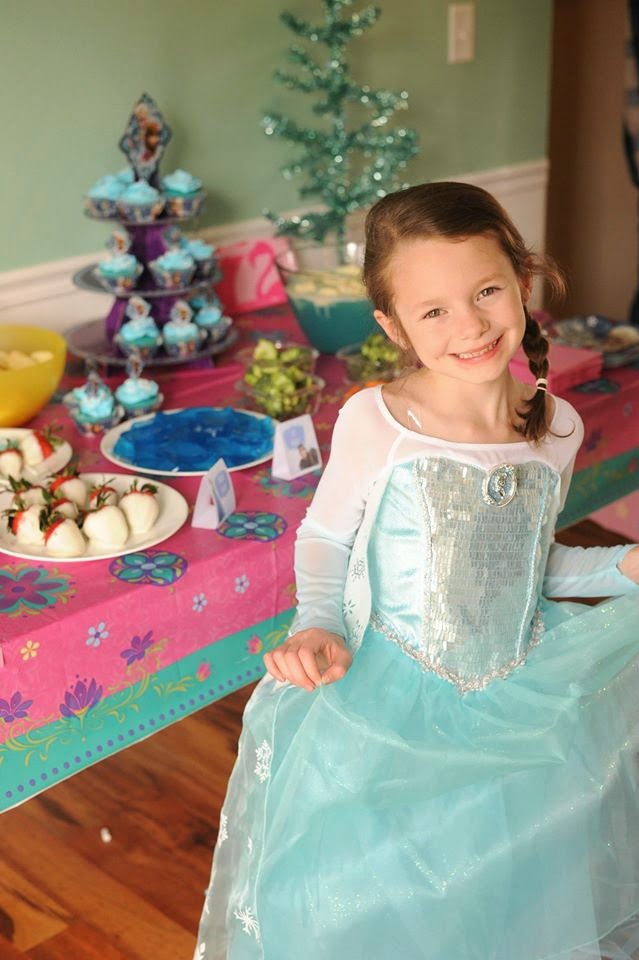 The dress was a gift from her Grandma & Papa (my husband's parents).  The rest of the party was created by using cheap decorations and simple creative desserts.  Trust me, it looks far better than I thought it was going to.  Haha!

My goal with birthday parties is always to spend as little money as possible but still put enough effort into it that will make it memorable.   The purpose of the party in my opinion is to help her remember things about her life in the future. I want to create little "pegs" in their brain that will help them remember a specific time period a little better, just like the timeline she's learning through CC and all of her memory work she learns each year.  I don't want their childhood birthdays / ages to blend together in their memory like so many of mine did.  This is why we devote a week to the birthday instead of a day and we have a themed party each year.  I also try to plan different things for each year.  I want her to have as many of those good memories of her childhood as she possibly can! It goes by so fast and it'll be something she thinks about often as an adult. 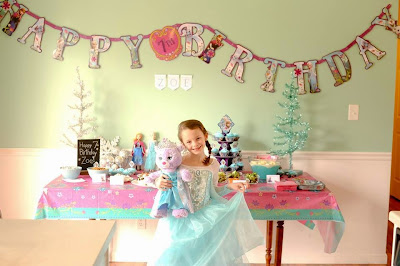 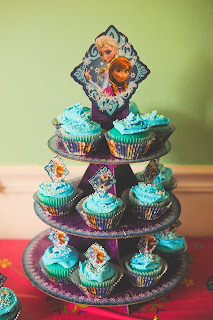 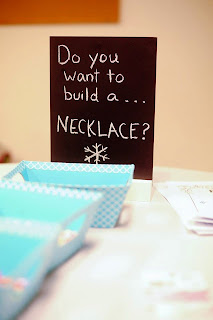 I found these chalkboard stands for $3 each at Target in the dollar section.  I purchased two of them and plan to use them at all (or most) future celebrations. 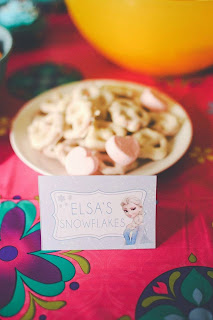 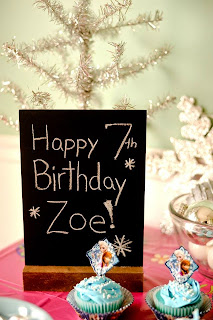 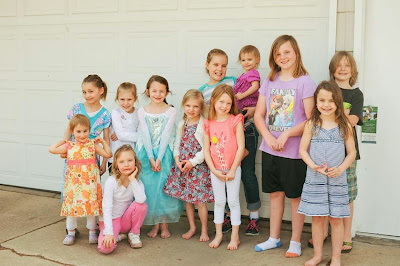 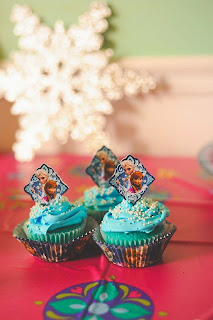 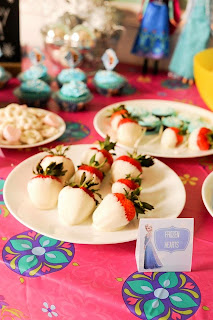 I put sooo much effort into trying to get the white chocolate covered oreos to look nice.  I only managed to make 5 of them due to the level of insanity they brought me to while I was making them. Of course I forgot to take pictures of them.... you can see them in the background on the plate with a few "Frozen Hearts". 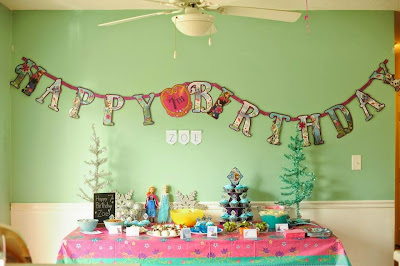 The trees, snowflakes, and bowl of silver ornaments were actually borrowed from a friend who also had recently had a Frozen themed party! 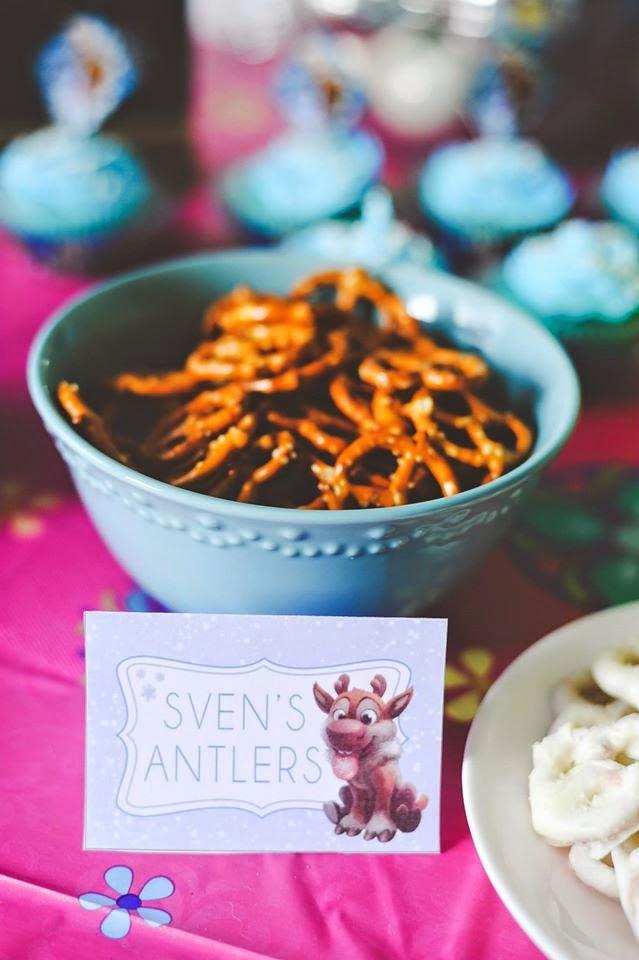 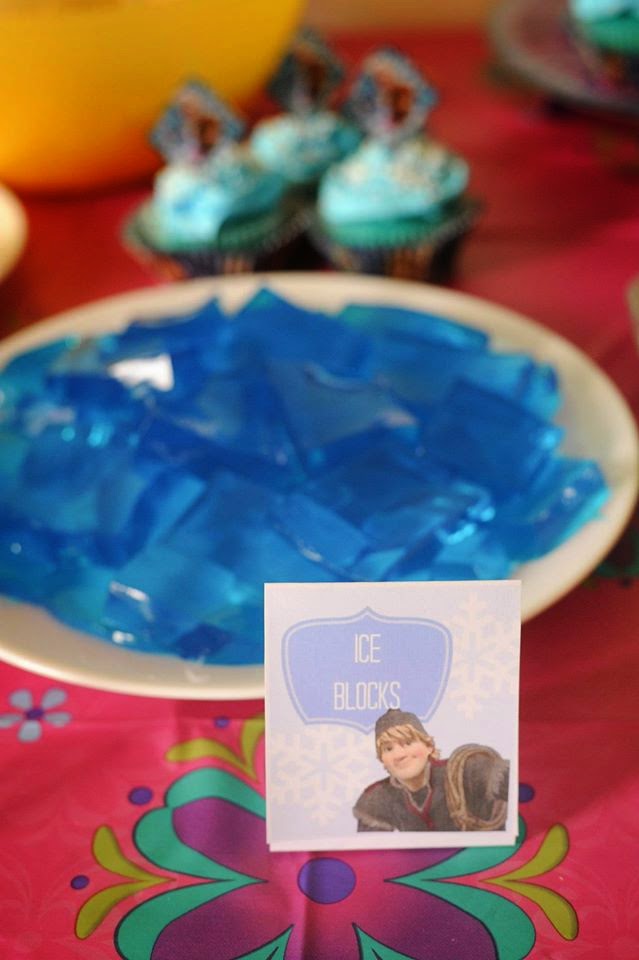 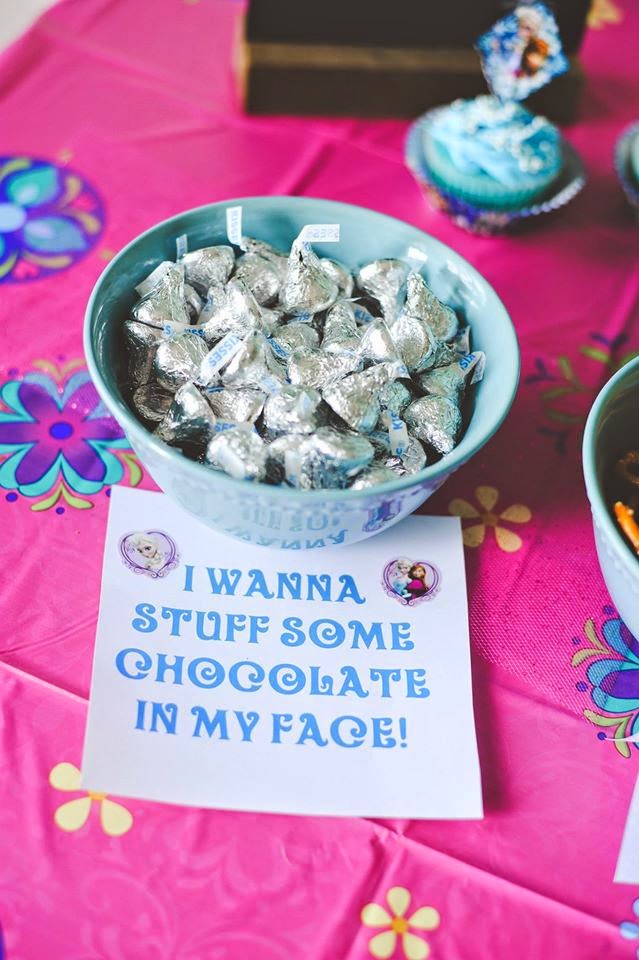 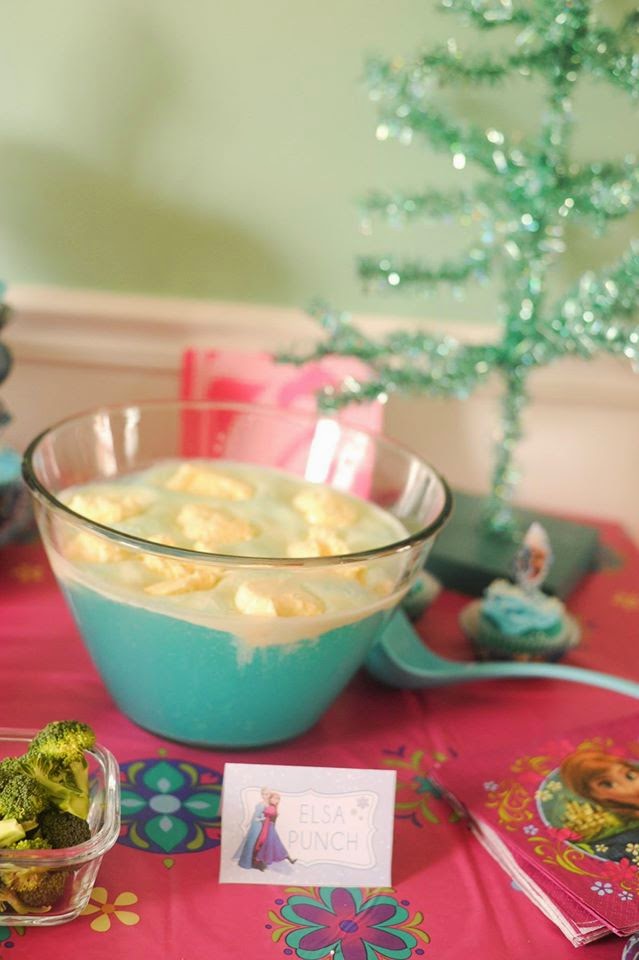 Sven's Antlers - Seriously, how easy is that? We already had the pretzels too.

I Wanna Stuff Some Chocolate In My Face - I just typed it up and printed it out.  Poured some chocolate kisses in a bowl. Simple enough.

Ice Blocks - Also pretty simple! Two small boxes of blue jello, cut into squares (warm up the bottom of the dish first with warm water before scooping out the jello squares.)

Elsa's Punch - I really wanted to try and find a better option for blue punch but I never found anything so I just stuck with blue hawaiian punch (which I likely will not buy again unless I need absolutely need a blue drink...haha), 7 up (or Ginger Ale), and vanilla ice cream.

We made some very basic cupcakes.  Grandma bought all of the cupcake makings and the cupcake stand.

I probably spent more on her cake than I did on the rest of the party supplies.   It was a Frozen themed ice cream cake though.... the them was FROZEN.   We just had to get it! 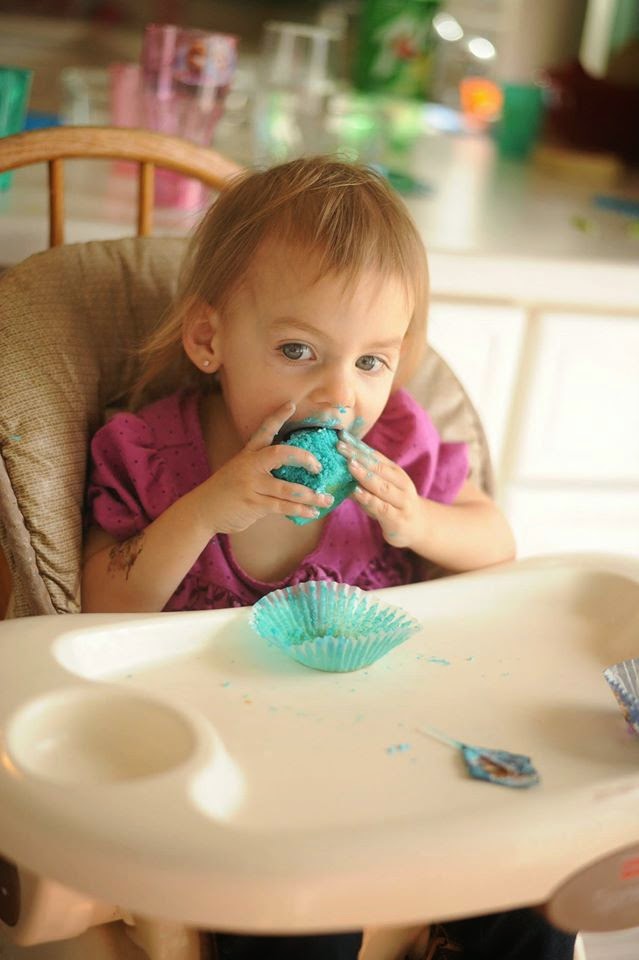 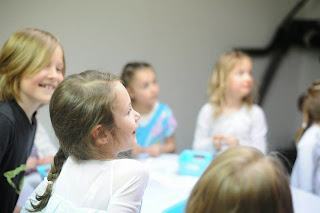 About 20 minutes into the party, we had some surprise
SPECIAL GUESTS!! 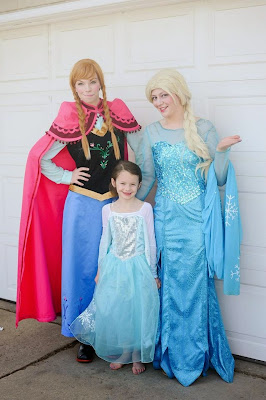 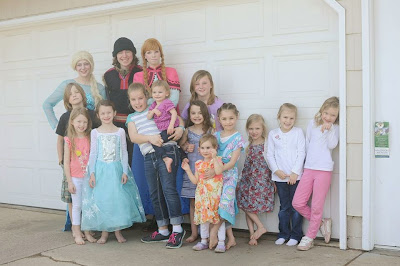 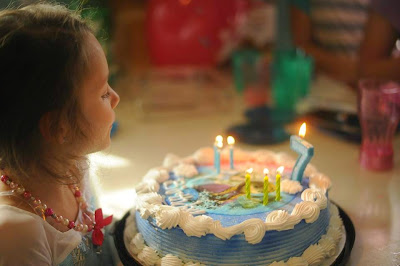 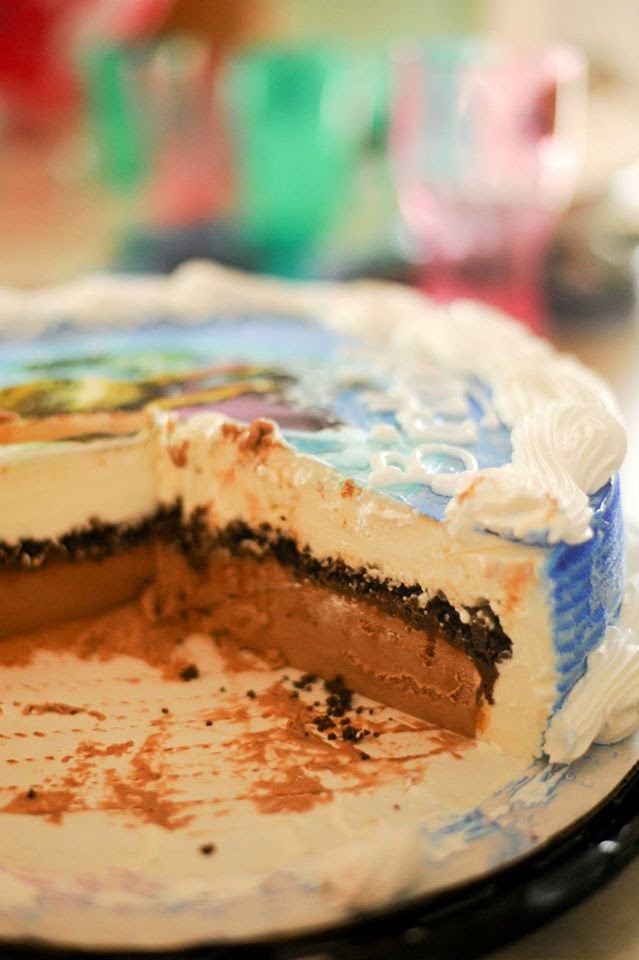 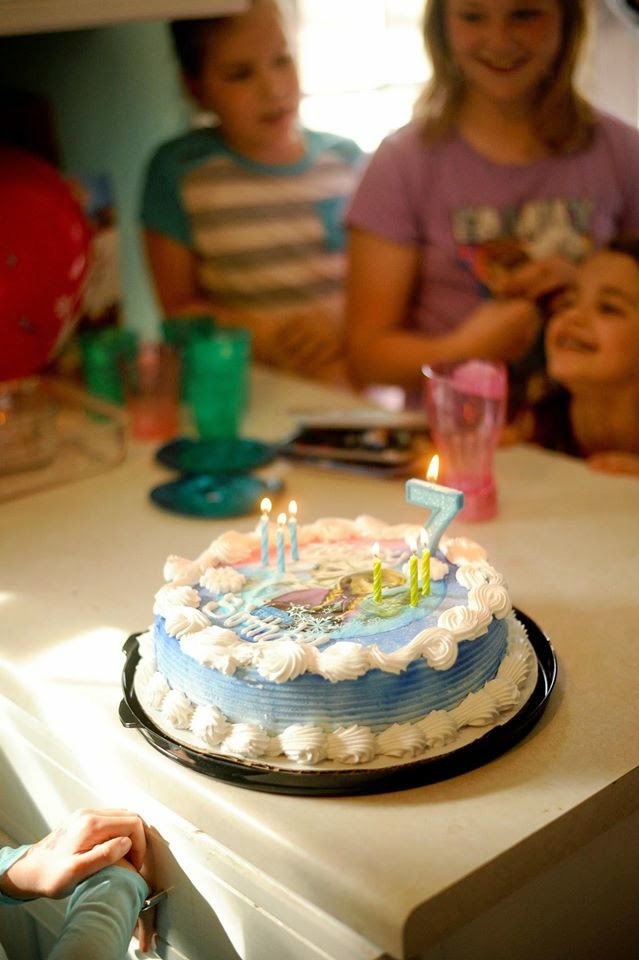 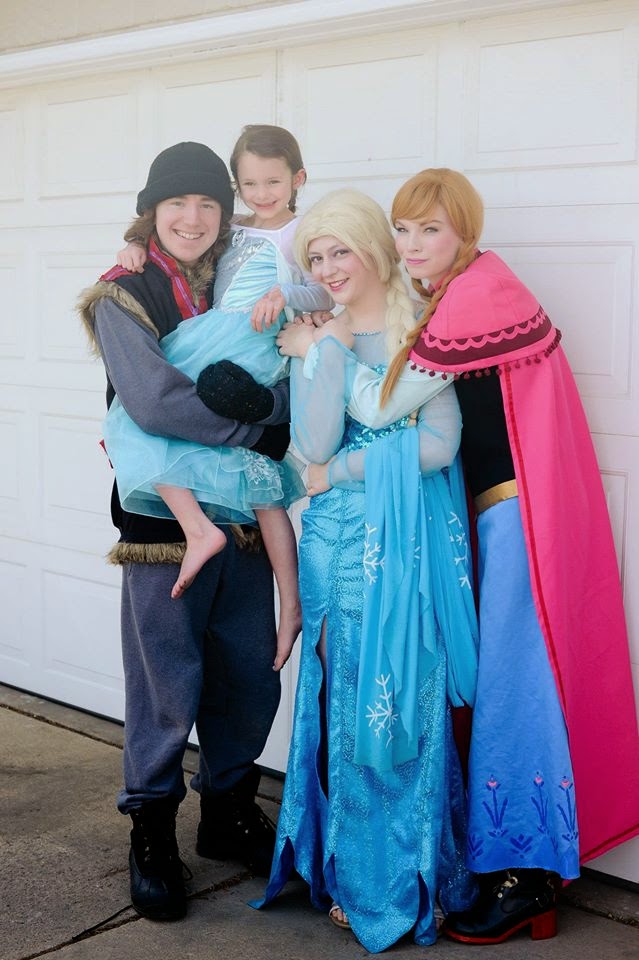 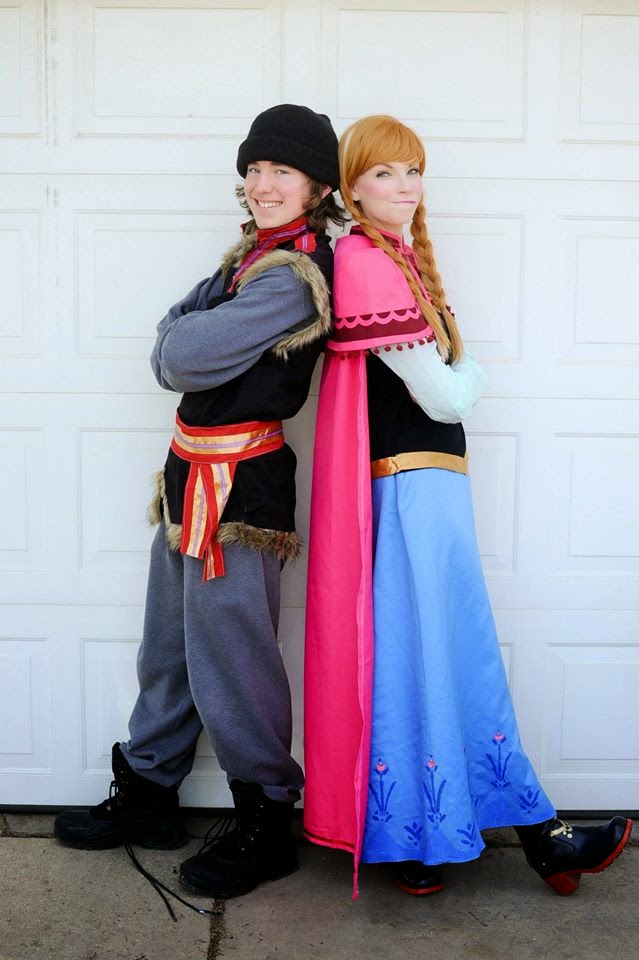 Kristoff, Anna, and Elsa were so nice to stop by for the party!

I was so surprised at how much Kristoff resembed my brother-in-law, Brad! ;-)

(I even overheard Zoe telling someone,"Yeah, Kristoff is my Uncle!") 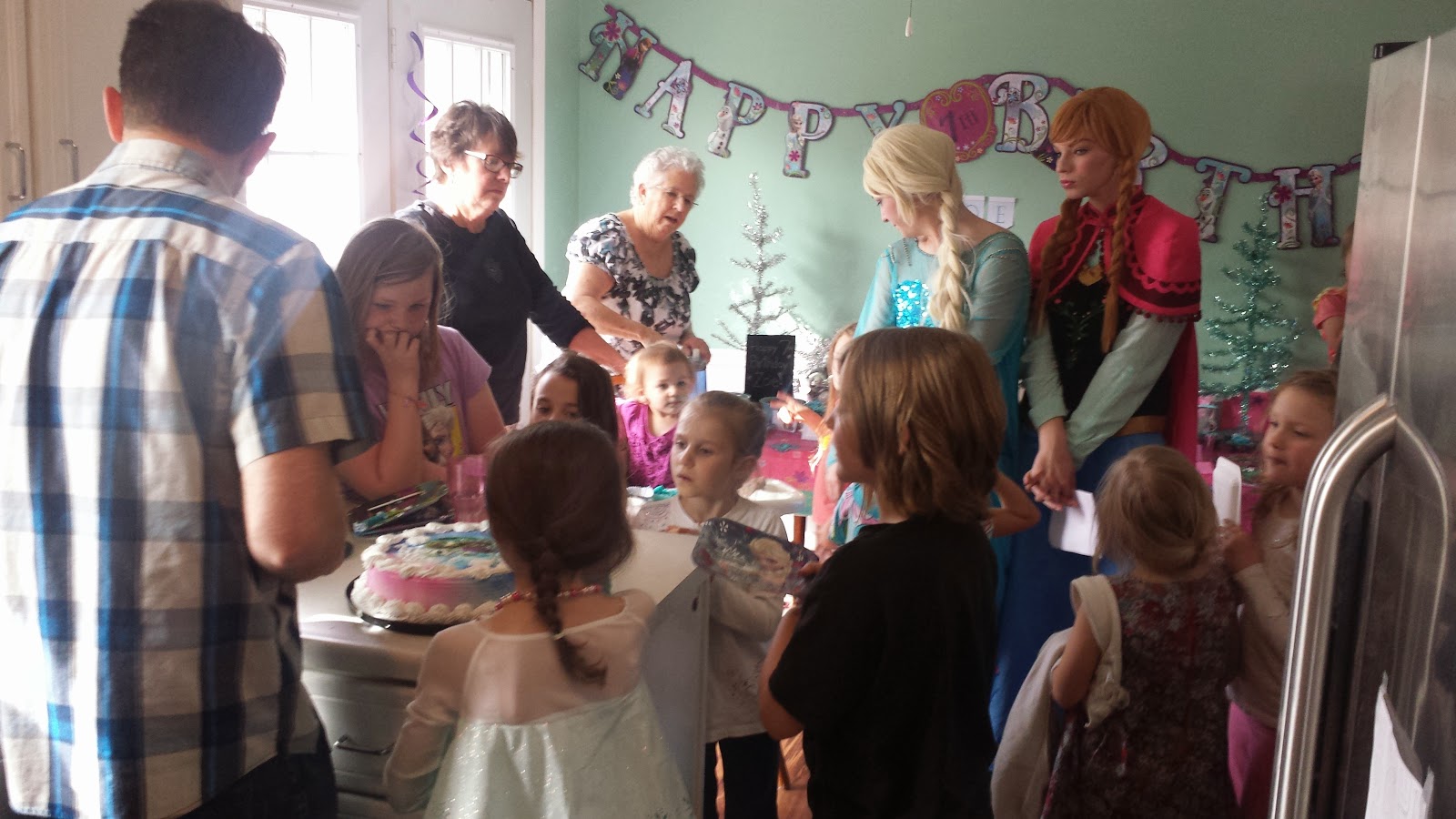 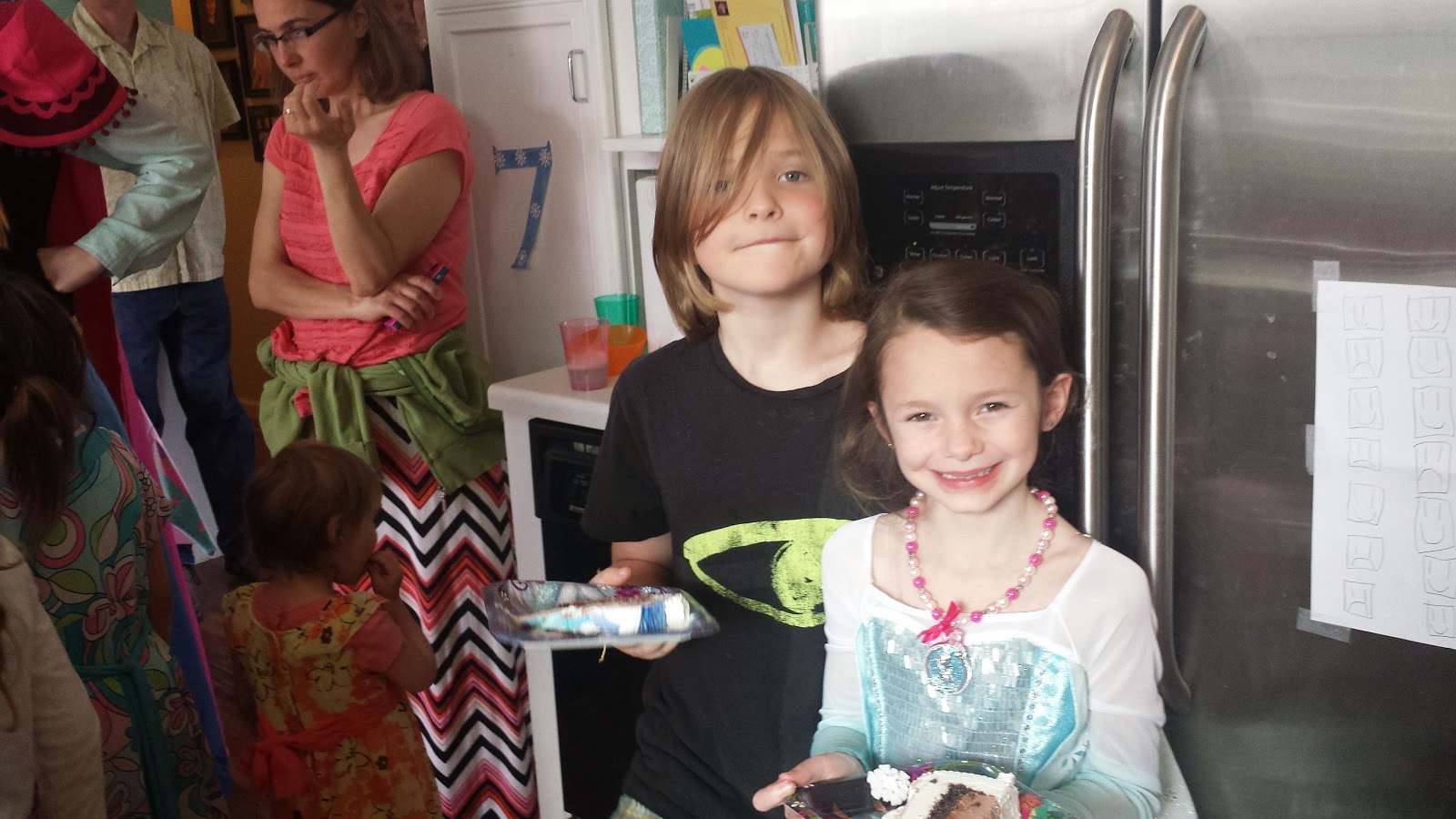