It started on a Tuesday.  It was April 9th (which also happened to be our 7 year engagement anniversary and the day Avery turned 2 months!).

In the morning I got up early and noticed the ice forming on the trees.  It was so beautiful! In previous years I've enjoyed ice storms. They are always so gorgeous! I never dreamed that this ice storm would be any different from previous ones we've had.

We noticed a few smaller branches that had fallen before Gage left for work.  About 3-5 minutes after he left we heard a HUGE crash that shook the house.  I seriously thought our roof was caving in at that point.  I looked out the window and saw a very large branch right outside the window and laying against our house.

At this point poor little Zoe was crying and standing there not moving despite my repeated instructions to go down into the basement.  It took a few minutes for me to get her to calm down enough to get her downstairs... meanwhile this whole time I'm holding a very hungry baby that is crying non-stop. I called Gage and he came back home and he was home for the rest of the day.   We continued to hear loud thumps / crashes throughout the day.

Later in the day I went to get something out of my room and I noticed some weird "stuff" on the window sill. Then I saw it on my desk, on my pile of laundry, on the floor.... I looked up and I saw this. 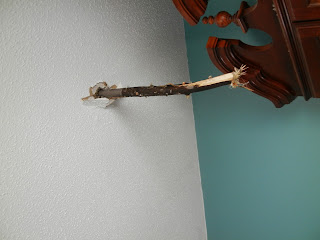 In our bedroom ceiling.

Thankfully this happened on day 1 of the storm so we were able to reach someone who could come and cover up the hole at the top temporarily so we didn't need to worry about snow/rain leaking in (or so we thought).

Tuesday and Wednesday night we slept in the basement since we didn't know if more branches were going to fall on our house, through our windows, etc.  It was pretty scary... at night you'd hear loud crashes.  I kept hearing about structure fires so I was nervous about our power lines which had heavy branches laying on them.

I saw online that branches were not only falling in our backyard but all over Sioux Falls.  The branches just kept falling and falling for 3 stinkin' days!  Sioux Falls was (and is still) a huge mess.

The branches falling would have been loud by themselves but each one was coated in a thick layer of ice which meant that whenever one fell, it would *crash* and sound like glass shattering as well as the loudness from the size of the branch falling.

To make matters worse, the power was out for many thousands of people during the storm.   For many, the power outages lasted days (for us it was only 2 days thankfully), but for others it was 4-6 days!  All of our food in the fridge and our freezers did end up spoiling... so we had to throw it all away.  (Yes, home insurance will cover that but who knows when? Once this was all over I had to go grocery shopping for a second time this month which was not easy on our budget.)

Our power went off on Wednesday night and was off until sometime on Friday.  Being in the basement in the dark with no heat and hearing branches fall outside was simply not fun.

We drove over to my in-laws house on Thursday even though they didn't have power either.  They at least had a fire place! :)  That night we went back home and we decided to "move" upstairs into the living room. The ice on the tree out front had melted enough so that we weren't worried about it falling on that side anymore.  That was a cold night.

I might also add that I was in no way prepared for power outages.  We had one tiny flash light (about 5-6 inches in length) and one touch light (thankfully!) that lit up a room pretty well... but that was it.  haha! I didn't have anything else prepared.  Gage even had to make a couple trips to the store during the storm because there were things we needed.  I felt awful not being at all prepared.

Anyway, the next day the girls and I went to our old house (Gage's grandparents house) because they now had power!! :)   Our power came back on at some point during the day but we didn't end up going home until around 6pm.

Here are a few photos (blogger won't let me arrange them very easily so they are not in any order). 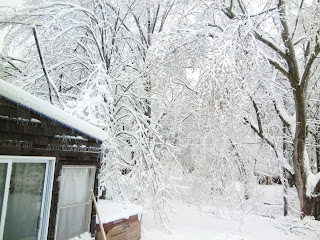 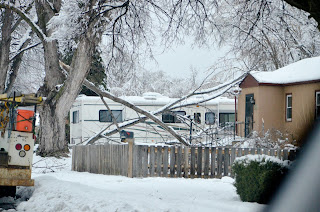 Gage's Grandparents house (where we lived for our first 6 years in Sioux Falls).  That one leaning against the house just barely missed the front window. 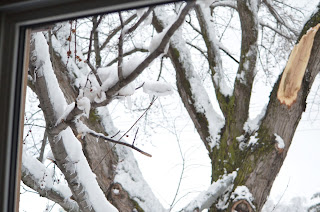 See?  Grandpa and Mike were in there watching the Padre game at the time this happened!! 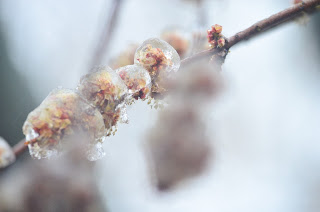 Every branch and every little bud was covered in ice, making the branches too heavy and they just snapped right off.  I think the city's lack of water from the past year also contributed to this happening. 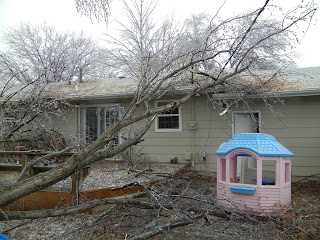 In the end we had about 5 large branches fall along with about a few hundred smaller ones.  Zoe's play house is now in a few pieces since another large branch fell on it. We should be able to put it back together though... I don't think it's really damaged. 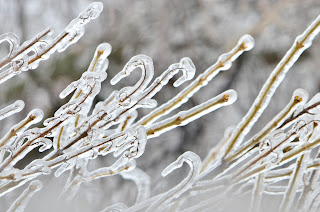 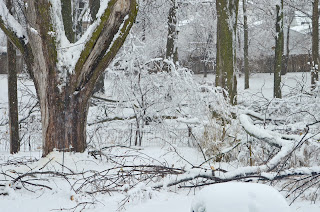 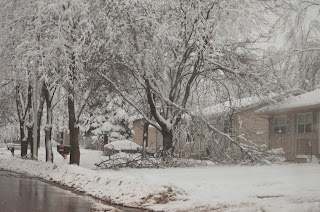 Our house is behind that tree 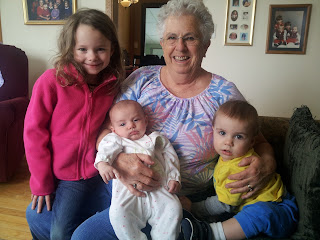 At Gage's grandparents house.  Zoe got to play with cousin Maxx :) 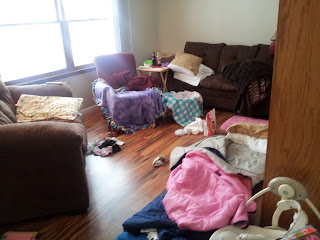 3rd night - We slept in the living room instead of the basement :) That was our 2nd night with no power (which means no heat). We used LOTS of blankets and sleeping bags! 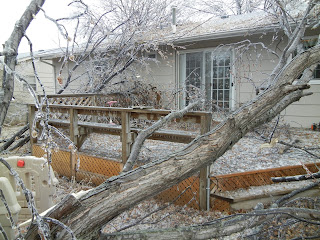 I think I may be on edge for a while still.  It has been a week and a half now and still every time I hear a loud noise I nearly jump out of my seat (that just happened about 20 seconds ago! haha).  Today Gage, Russ, and a neighbor are outside cleaning up the branches.  It's been hours now and there is still quite a bit to go.  I'll post some before and after pictures another day!  I can't wait to have a backyard again :) 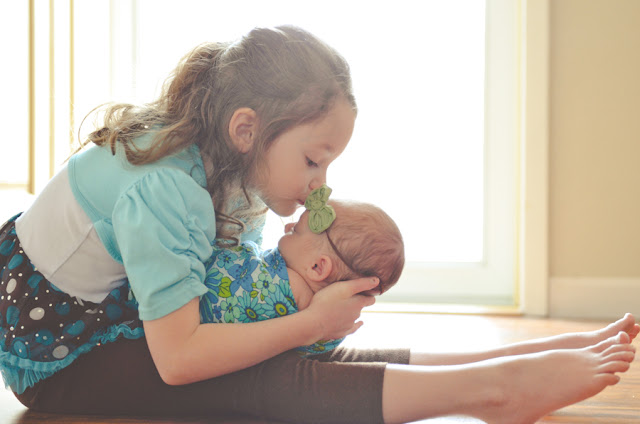 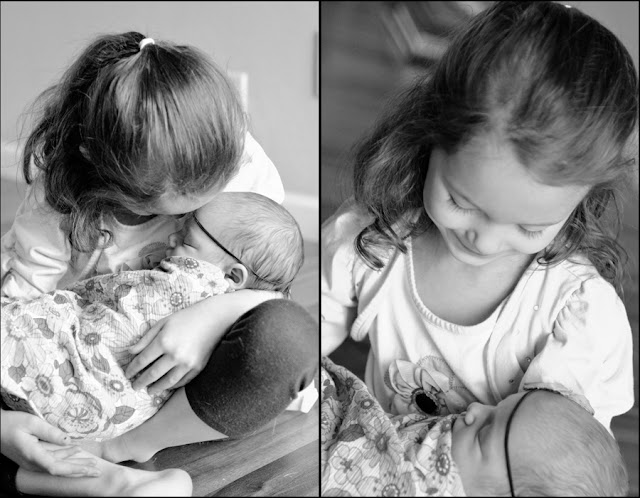