On the Road and Pregnant 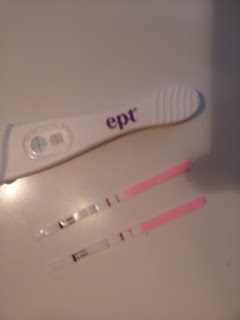 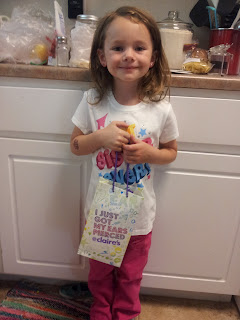 On that day that I found out I was expecting I took Zoe to the mall to find her a "sister" shirt.  While we were there she decided she wanted to get her ears pierced so she did.  :)  Unfortunately a week later one of them was accidentally ripped out so now she only has one earring.  I'm still trying to convince her to get the ear re-pierced but I think it may take a couple years.

We went on a long road trip the week I started to get sick from the pregnancy so of course now my mind associates the smell of the car with the nausea feeling.  The smell of the car actually makes me gag.  It is by far the worst aversion I have this time around!   I have to put up with it if I ever want to go anywhere though.  The great thing about this car is it is nearly twice the size of our old car and it gets way better gas mileage.  We drove from St. Louis, MO to Sioux City, IA on one tank of gas!


Our trip was to St. Joseph, MO on the night of July 3rd, then on the 4th we drove to St. Louis, MO.  We visited with Ryan and his wife Kacey for a while, we visited with our friends Brady and Jessi as well.  After a couple days there we drove to Kentucky.  We stayed with my Mom's Aunt Jane in Frankfort, KY.  We visited Danville, KY on the 7th.   It had been exactly 7 years since I was there.   I showed Gage and Zoe where I used to live with my Mom, where my Mom lived after I moved out,  where my Mom was when she passed away, where Gabby and I went to high school, etc.  We visited with some old friends in Danville, went out to eat at a new Pizza place downtown.

During this KY trip Gage and Zoe were also able to meet my Mom's Aunt Nancy.  Uncle Stanley and Uncle Tommy are both suffering from Alzheimers and are in separate nursing homes.  We weren't able to visit them... they wouldn't know who I am at this point anyway.  :(


Overall it was a good trip but I felt so sick the whole time it was very hard for me to enjoy it.  I'm surprised my sickness started so early! I was only about 7 weeks at the time.  Now I'm at 12 weeks and still sick and SHOWING already! I should post a belly pic soon.  Hopefully the sickness ends in the next week or two.  I really hope that it does.  I would really like to ENJOY being pregnant even if it's only for a little while.

We just announced the pregnancy on Facebook on Aug 15th.  We did it by posting this photo done by my friend Ashley Kelly :-) 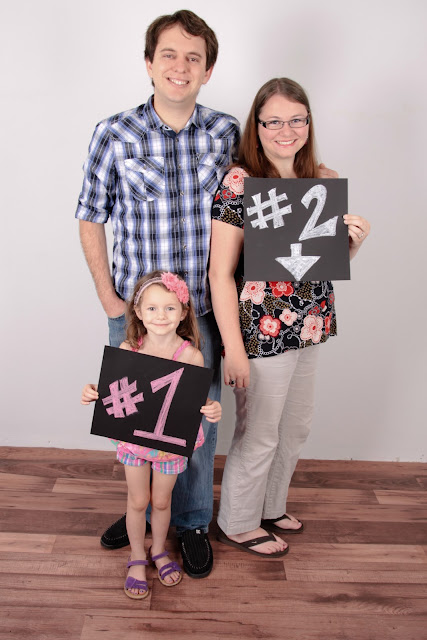